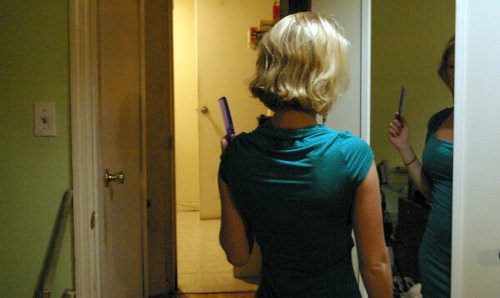 My religion says, quite plainly, that there is a separation of church and state. Only bad things can come if the two mix.

History's borne this out: The Crusades, the Inquisition, State terrorism - all tangible examples of religion used as a sharp object with the obvious results. Religion's a shield. It's never been a good sword.

More importantly though, it's counterproductive; religion with government strengthens government but kills religion. In Europe, where tax is still levied to pay for churches, belief's at an all time low.

Here in America, where religion is not allowed into government, a whopping 50% of the population believes. For the good of religion and people, the god and government should never mix. Love of god, when forced, isn't love at all. Love of anything, when forced, isn't love at all.
I bring this up cause Jill's being sued by the local priest; he wants to protect the children - despite her being in full compliance with local laws.

Personally, I want neither a priest nor the government protecting my children's moral constitution - when I get 'em, I'll protect them just fine, thank you. Also, it's ludicrous to have the choices of adults dictated by the possibility that a child's sensibilities may be affected. That's why we have parents. If you're in the area (or even if you're not) here's a petition.

Music: I'm happy for you I think I'm gonna take that drive
www.loganlo.com