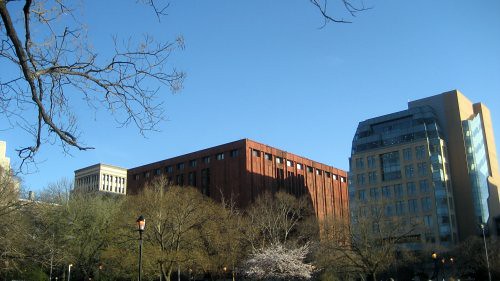 Her: How can I help you?
Me: What's the biggest burger you have?
Her: Um...I guess the triple Whopper with cheese.
Me: Huh. Can you add another patty on and I'll pay for that?
Her: You want a quardruple whopper? We don't...I don't have a button for that. I could charge you for another Whopper and you could stack that on top.
Me: Well that's just silly. The triple Whopper is $5 and the regular is $3:50. How about this, why don't you throw on two chicken patties and I'll pay for that.
Her: OK, so you want a Triple Whopper with Cheese and two Chicken sandwiches but just the meat stuffed into the Triple Whopper.
Me: Yes...and a diet coke.
Her: (bursts out laughing) I take it you didn't have breakfast.
Me: Oh no, I did. (pause) Why?
My birthday's coming up. You should all chip in and buy me a defibrillator.

On a positive note, may be close to settling with the IRS. Still need to come up with some coin but nothing near the $25,674 they initially said. Wanna see it in writing before I'll believe it.

Could use some win.

Getting hit on a lot again - don't think it's so much me as because it's spring. If not for spring, I think there'd be a lot more single people in the big city.

Music: It's alright, baby's coming back (make it easy on yourself)
www.loganlo.com