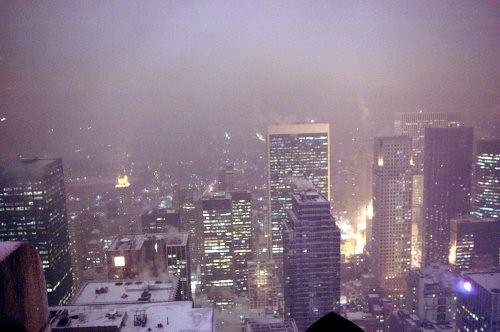 My friend Mike passed away; I just heard the news this weekend. Very sudden.

An older guy, he looked like he was 45. He had a six-pack! Paul and I joked all the time that he looked better than botha us. He was a student in my fencing class; 65 years old and still training hard.

I remember that when everything went down with me, so many people said, Well, the only way is up. Which is yet another one of those sayings that only has the air of truth but no real truth to it - dude, there's always more room for down. Always.

Mike didn't say that; he said: I'm an old man, I've seen a lotta things. You never know what Life will give you, but good or bad, you take it anyway.

We live in a Cliff's Notes society where we know the punchlines, but never the whole saying:
Y'know the sayings: for whom the bell tolls and no man is an island? They come from a John Donne poem:

No man is an island,
Entire of itself.
Each is a piece of the continent,
A part of the main.
If a clod be washed away by the sea,
Europe is the less.
As well as if a promontory were.
As well as if a manner of thine own
Or of thine friend's were.
Each man's death diminishes me,
For I am involved in mankind.
Therefore, send not to know
For whom the bell tolls,
It tolls for thee.
Mike, you bastard, you made a room fulla grown men with pointy sticks and aggression issues cry. We're diminished.

I hope when I go, I'm half the man you were.

Music: Well, if it rains, I don't care Don't make no difference to me
www.loganlo.com