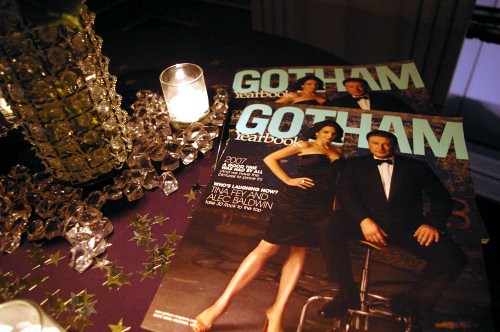 Him: You're on the guest list. It's an anti-Valentine's Day party at the Chinatown Brasserie. Everyone there's single plus it's catered with an open bar.
Me: (sigh) I'm in not in town. Last minute gig came up. I'm out, first thing in the morning.
----------

It's snowing when I exit the pad for the Rainbow Room. I'm wearing my black tux with a black tee-shirt and pretty much arrive drenched.

Sheridan and I run into our buddy RE Mike, who's still cuttin' deals at the party. James Lipton, Richard Kind, David Zaikin, Tina Fey and Alec Baldwin are there - all're pretty nice folk. The food's killer and some chick from American Idol belts out soul. I also meet this woman who says she fixes people up like Phoebe Cates and Kevin Kline.

Her: You're cute! I want to introduce you to my step-daughter. She's beautiful and just graduated from Cornell. She's Jewish though.
Me: Well, that I don't have a problem with but...how old is she?
Her: 22.
Midway through the party, I lose Syd's lens cap so I spend a good hour looking for it. Giving up, I hang out with the girl from Wednesday's post.

I'm heading out when a waiter says, I saw you looking on the ground. Were you looking for this? He pulls out Syd's cap. I break out into a smile, shake his hand, and take a pic of him. All-in-all, onea my better Tuesdays.

This week, Sheridan's at the Brasserie, Paul's in China, Gio's in Columbia. Me? I'm the only person beside the nightwatch in a frozen, upstate hotel. Dinner's a protein bar and some rum.

Some days, you get scantily clad dancers, Ford models, and Beluga caviar on a cracker.

Some days, you just get the cracker. 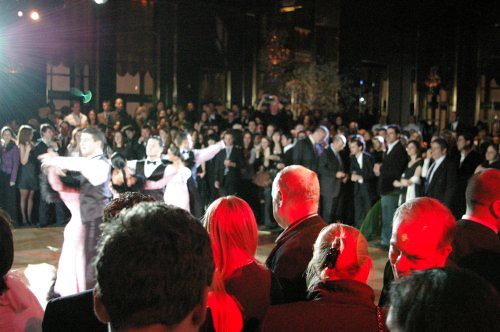 Music: I am damaged at best Like you've already figured out
www.loganlo.com