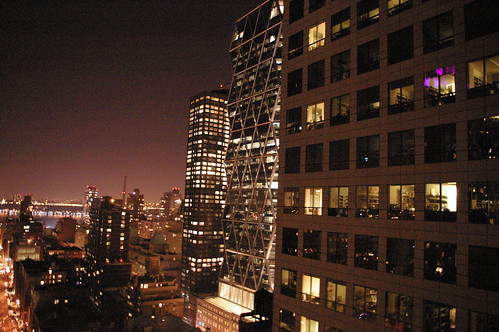 Hazel, Paul and I went to three, very different, parties last night. The first was near me with the most amazing views and the nicest folk. The above pic was from the party. I met a museum curator with a nice laugh and got to know the hostess, a sweetheart from church, a bit better. The crowds were maddening.

The second was in a 14th Street loft that was pitch-black, loud and not my scene. There, I ran into a girl I met randomly once. It turns out I kissed her friend. Super small world. I met a girl from Connecticut who drew me a picture. At the strike of midnight, I realized I was by myself again.

The third was in the financial district with some old friends - the best kind, yeah? Clark, a buddy from law school was there. He's a MUCH better cook than me and taught me how to make the best baked brie and love Tabasco on anything. I wish I was sober enough to remember more.

Called it a night at 4AM. On the train ride home, I had a sotted discussion with a nice young couple

Her: We've been together eight years.
Me: Eight years? Why don't you two lock it down?
Her: Because marriage is just a concept. What does it do?
Me: It keeps you from meeting a guy a like me, maybe.
Him: (laughing) You seem a like a nice enough guy.
Me: And that's where you're both wrong. (to guy) Lock her down. 'fore she meets a fella like me. Don't let my drunken charm fool either of you.
It's true.

Come with? Y'know you wanna... 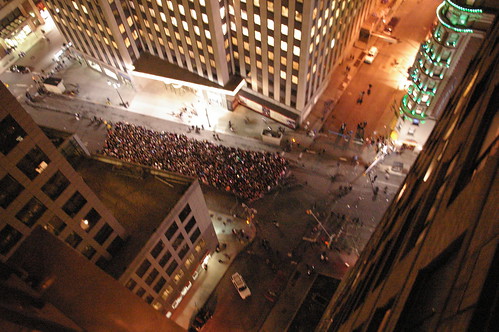 Music: oh, you don't do me in siren song; yeah, anyone would drown
www.loganlo.com