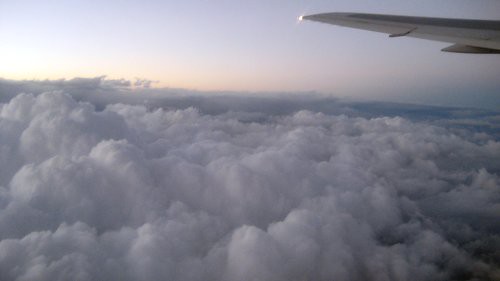 Couldn't even begin to tell you about the day I had. I'll tell you in two weeks. Promise.

For now, my trip:

For international flights you gotta be checked in at least an hour before the plane departs. We were scheduled for 5:55. We arrived at 4:53. After some well handled pleading, we got in. We went to the clubroom where I had a scotch (no good rum available).

We hopped on the plane and I listened to Good Souls as the plane leveled off. 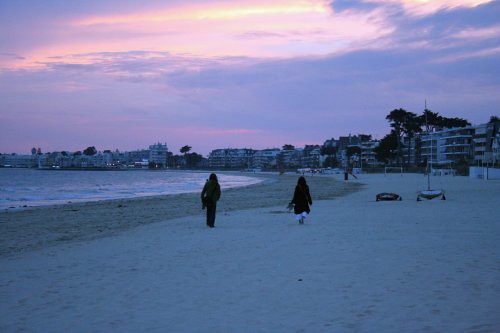 20070929
Arriving in Charles de Gaule, we took the train to Nates where a driver picked us up and took us to the Hotel Hermitage in La Boule, France. It was a beautiful yet vapid place – the food was surprisingly mediocre – the hamburger I had there was one of the worst I’ve ever had it cost $40.

I was certain it'd come with a massage at that price but I was wrong.

Walking on the beach, I took the picture of a happy couple above and thought, Someday… 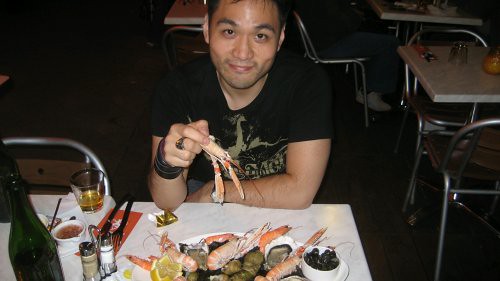 20070930
Cocktail parties, meet and greets, nothing of substance.

Jim and I went over to the local town where we had a plate of seafood. It was also ok; about 50% snails and not our cup of tea. I had five snails, Jim had four. Not terrible, not great.

Man, these French like to smoke. Meanwhile, the waitresses are smoking. Huh.

I wanted to tell her, "Use me, abuse me, make me write bad checks" but then I remembered I don't speak French. So, instead we made the international symbol of check please by scribbling in the air.

Walking down the beach, I felt the cool wind in my hair. 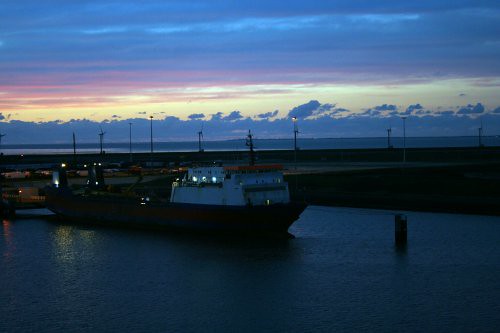 20071001
Grabbed a ride to Nates to catch a plane to the Netherlands. There we hopped on board a private jet where the stewardesses were all dressed in the sexiest damn outfits I’ve ever seen.

Some killer food on the plane - better than most of the meals I have at home (though that's scant surprise).

We then took a bus to our ship as I heard a blue jean baby sing. 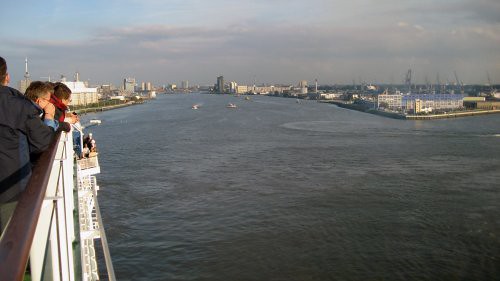 Not a single girl of my type in the group so I snuck out and chatted with the cute matre’d from one of the ship restaurants, Alexandra. I told her to ring me if she was ever in my town and she said she would.

I thought that I don’t wanna be walked on just before I fell asleep. 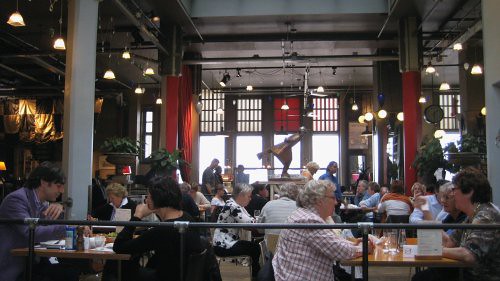 The ship set sail for Rotterdam (above pic in the lobby of the New York Hotel there) and I heard someone say that everyone’s taken everything they can. I don’t think that’s true. I hope that's not true.

More tomorrow.
Music: see the words in italics above
www.loganlo.com