Umbrellas in our drinks 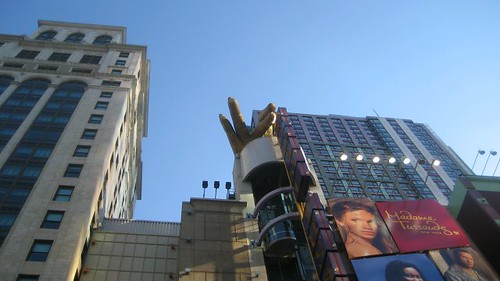 I spoke to an ex a few times in this month. Probably not a good idea.

Speaking of exes, I met a designer who asked me what happened with my last serious girl. I don't know why I told her because I don't think I told anyone really, including you, did I? No great drama, really. Quite the opposite, in fact.

Me: One random day, I picked up tickets to a show and got reservations at her favorite Japanese restaurant as a surprise. She said she couldn't make it that night because she was tired. So I tried to get her come out without ruining it and she hung up on me.
Her: That's it? That's crazy! You never told her?
Me: (shrugging) I tried but it hard talking to a dial tone.
Her: What? You couldn't leave a message?
Me: I coulda. But I felt that she shoulda been on my side, yeah?
Her: That's your pride talking. I dunno who's more f____ up, you or her.
Me: I'd put money on me. (laughing) Just a stupid misunderstanding; the sad thing is that she promised to always hear me out and I promised to always chose her over my pride. That worked out swimmingly. Hey, (smiling) we're in New York, the night is young and we have umbrellas in our drinks. Does anything else really matter right now?
Her: (shakes head, grins)
It's been a while since I've thought of either ex.

Dunno if it's church, chicks, the checks or the rum, but I've been oddly content.

Promise.
Music: Sunlight On my face I wake up and yeah I'm alive
www.loganlo.com