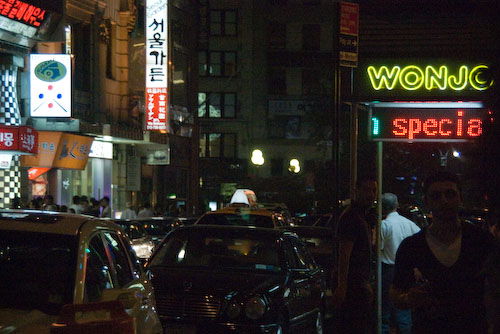 This recent BusinessWeek article says that some sick people given live parasites have gotten better. Evidently, we live such sanitary lives that our bodies, which spent hundreds of thousands of years fighting something, had nuthin to fight. Ergo, it starts fighting itself leading to stuff like Crohn's disease, multiple sclerosis, peanut allergies, etc.

By introducing parasites to the body, the body has something to fight besides itself.

But you knew this, yeah? That the suffering cuts the fat to show the muscle underneath.

Been writing like a madman; some stuff for fun, most for business. None for scratch, but figure that'll come when it comes.

Summer's usually my busy season and it's still busy but slightly more cause I'm doing stuff wouldn't have time to do if I were busy making coin.

It's unnerving, the uncertainty. Then again, my fear is my only courage.

Music: My feet is my only carriage
YASYCTAI: Write something for fun. (120 mins/1 pts)
www.loganlo.com