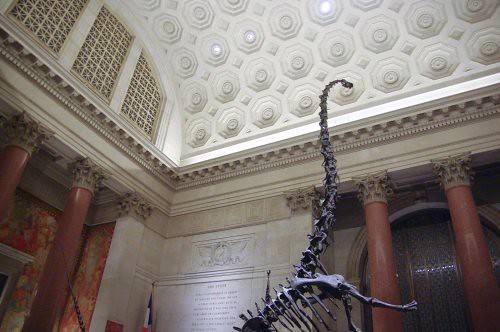 Him: (laughing) Happy holidays.
Me: (laughing) You too, man.
Was walking to church tonight when I accidentally kicked a piece of ice and and it skidded along when a guy kicked it back, by accident. So I kicked it back to him and he kicked it into the street. As we passed each other, we had the exchange above.

Had a very quiet weekend. I saw my friend Nadi for dinner where I chatted up these two pretty girls. They asked what I was doing in their town and I told them was seeing my girlfriend. After that, they ignored me for the rest of the night, which I found amusing. Convinced Nadi to come into the city with me and she met Heartgirl and Paul.

Saturday, Heartgirl and I went to the Museum of Natural History and saw the Cosmic Collisions - very cool. They had a blinking keychain with my name on it. She grabbed one too that just happened to be the name of her ex. It's hard to compete with an imaginary person. Plus, her creepy friend just sounds like a really needy tool. He makes me wanna roll my eyes more than wanna take a shower these days.

Went home and caught Can't Buy Me Love with her - which was the very first movie I ever went on a date with. Was 14 years old then - man, I'm old. Hadn't seen in, quite literally, decades. Was good except for the clapping. Hate when they have clapping scenes in films and every 80's high school film had one.

Her: (noting clothing in film) I'm so glad I didn't grow up in the 80s.
Suppose I have reservations about Heartgirl cause the more you let someone in, the bigger the hole they leave if they...leave. So I'm always the guy that bolts for any reason whatsoever - better to bolt before you get too attached. Maybe it's too late. I rather like the quiet nights of my boring life. Sorry guys. Oh wait - I grew a beard. That's about as exciting as my life gets these days.

Her: Do you miss it? The nightlife, the...
Me: (interrupting) Not even a little bit. 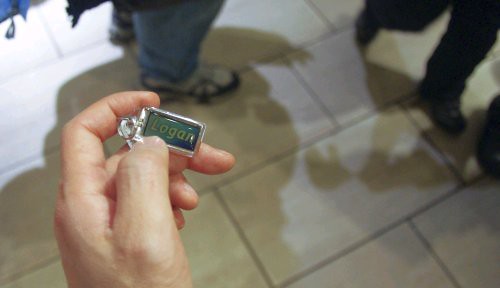 Music: crayola doesn't make a color for your eyes
YASYCTAI: See your first date movie again - what was it? (90 mins/0.5 pts)