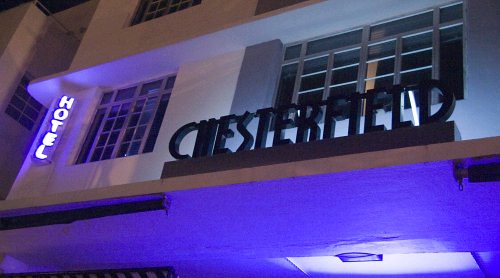 Me: You look like a betting man. If I can get you 25 people, mostly girlies, will you get me a table?
Him: I'll do better than that, I'll get you a bottle.
Went to Florida for 20somthing hours over the weekend. Last minute decision; my brother's moving to Cali so he was having a last hurrah. Started out at the Chesterfield Hotel which was fulla doctors, nurses and booze. Lotsa booze. Onea the guys was getting frisky with onea the girls.
Her: (to guy) Why are you touching me? I'm unclear on that. 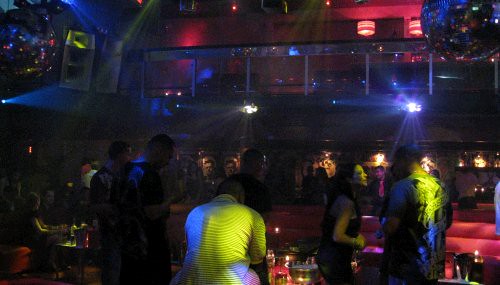 Then we hopped over to a club called Cameo where, fortunately, some guy floated alla us in.

Unfortunately, a bunch of guys in masks, dogs and guns stormed the club. Fortunately, they were cops. Unfortunately, they shut the joint down, arrested alla the owners and bartenders and, more dismaying, didn't lemme finish my drink.
Him: There's some malfeasance going on. 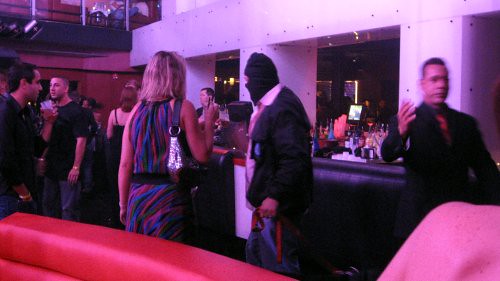 The group decided to hit up another party but I ended up chatting with a promoter at another joint and managed to convince him to float us all in and comp us a bottle of vodka. He ended up buying me a buncha shots too. I like Miami. 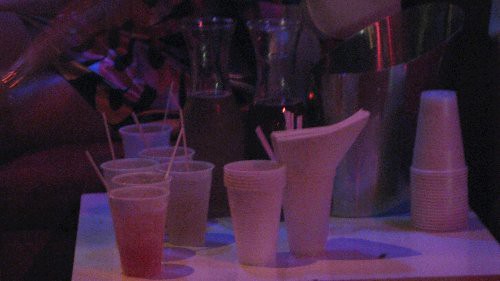 The bartender leaned over and said she was buying me a shot of Tequila too. Told her that Tequila and I weren't on speaking terms but she bought me one anyway. At around 2AM, she pulled me onto the dance floor. Afterwards:

Her: You're fun. (pause) Did you say you were leaving on the 20th?
Me: No, I said I'm here for 20 hours.
Her: Are you coming back soon?
Me: Don't think so. Gotta head back to see the girlfriend.
Her: Lucky lady. (smiles) Thanks again for the dance, Logan.
Me: I'll let her know. Thanks for the dance, Lana.
Crashed with everyone for a coupla hours. Woke up and ate, what I later found out, were cream puffs that were in the fridge for possibly a year. 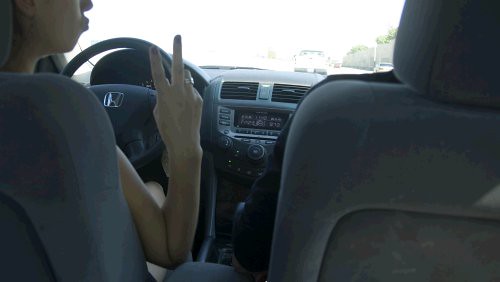 Rushed to the airport, missed my flight, so went back to brother's. Try number two worked and I ended up in Newark airport at 21:15. Dropped my buddy Paul off downtown and zipped off to my favorite lady in the world.
Him: Mom went to bed already. We'll get breakfast tomorrow. Nite.
Heartgirl, my favorite lady whom I'm not related to, is away for a few weeks. In Africa. Think I miss her already. But it's probably for the best. The next two weeks are gonna be rough. 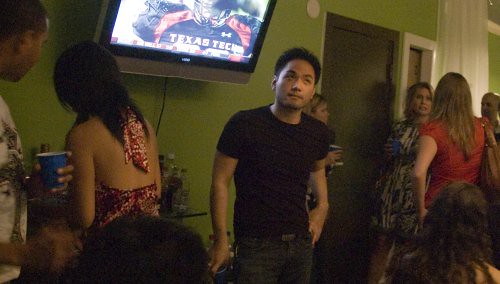 Music: Turning back she just laughs The boulevard is not that bad
YASYCTAI: Go somewhere completely different soon. You need a change of latitude. (Two weeks/3 pts)
www.loganlo.com