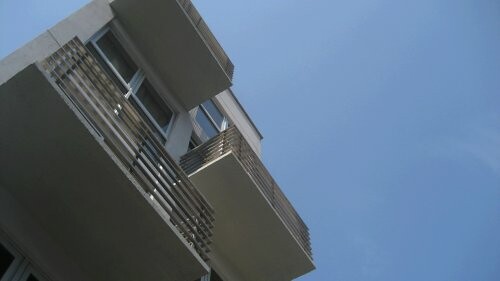 Got a call today to be part of a panel discussing online media. Strange but what else is new?

Kaizen is a business concept that says continual (little) improvement is the path to success. Until 2007, GM was the largest car manufacturer in the world and Toyota was the one playing catch-up.

Cut or keep? - Suppose GM had 1 million screws. It's philosophy was to use those same screws in all their cars to save scratch. Toyota, however, would continually improve the designs of the screws a little bit, tossing the older screws out. It hurt a little financially every year but they did it.

Partly due to that and other reasons, GM is now a relic. Just like it's screws, it refused to chuck the old cause it didn't wanna go through the painful changes. GM's watching Toyota's red lights now.

The danger is to see life - yourself, your friends, your habits - as they once were. Not as they are now. It's not easy, seeing things and people for what they really are.

My YASYCTAI are the little things that I wanna do, or have done, to try to make myself better. To see life in a different way.

I put them up cause you might wanna do it too. Or not.

The points? They mean whatever you want, although at 100 points, always figured I was making some sorta progress.

In a related matter, I'm slowing winding down my business - planning to start drinking Dec 31 and finish up around February. Of 2010.

Music: with a roof right over our heads We'll share the shelter
YASYCTAI: Honestly, are you seeing that person the way s/he used to be or the way s/he is now? Cut or keep? (90 mins/2 pts)
www.loganlo.com