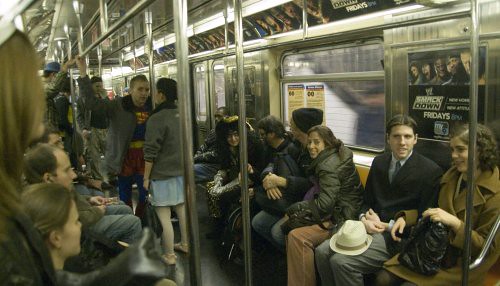 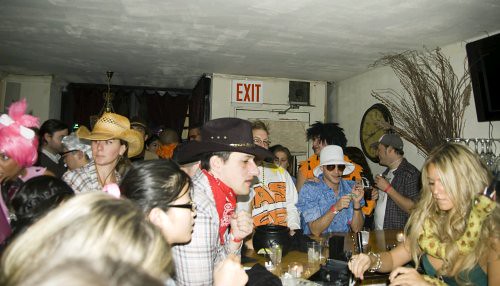 Friday night, Heartgirl and I went out with Bryson, his wife, Paul and buncha other people. Hit up three parties and rolled in at 3:30 Saturday morning. First party was the above sweatbox. Think I blew out my left eardrum. Which sucks, cause I still need it. Eh, got my right.

Bryson and his wife gave Heartgirl a thumbs-up. Their votes count because they're first-stringer friends.

Second party, was at my old standby where some other friends dropped in and some dropped out. Third party was fulla Heartgirl's friends; nice guys with the exception of one overly handy dude.

Saturday, just stayed in. Made a buncha chili. Sunday, Sheridan stops by. Over some chili he tells me that he just flew in from Miami where he bought this building. Had two Valentino shirts and an Italian leather coat that didn't fit me so I gave them to him.

Quite a different life I lead these days. Still, it's nice that my friends from my old life don't really care if I'm styling Valentino or H&M. S'funny, my friends and family believe in me more than I do sometimes. Maybe cause they remember the guy I once was. Maybe they just keep me around cause I make some killer chili.

Or maybe they just think I'll be ok.

Then again, maybe I'll be ok. Some things are looking up. 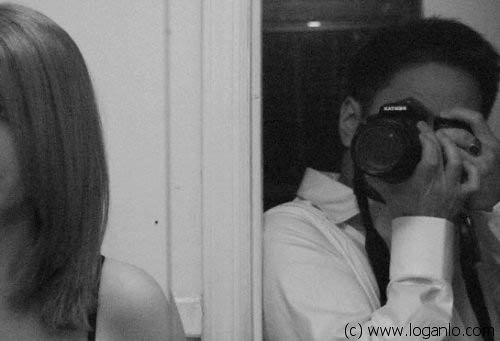