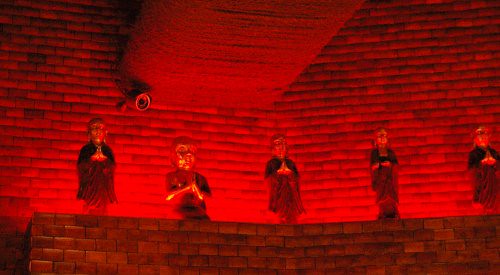 Inigo Montoya: I admit it, you are better than I am.
Man in Black: Then why are you smiling?
Inigo Montoya: Because I know something you don't know.
When you get beat up as often as I did as a kid, you either get all decked out in black and go Columbine, or you just learn how to fight. And for those of you that know me, never do anything half-assed.

Bryson's one of my best friends and was a striker like me. He outweighed me by 20-40 pounds but I was fast and flexible. We were always toe-to-toe. Until he started grappling. So I started too.

Then, a little after 9/11, I got injured. A kimura gone horribly wrong. Doc said I could either get surgery and lose 10% of my range of motion or rehab it and lose as little as 2%. Chose the latter. He said it'd take up to four years. It took seven. Stopped watching NHB stuff cause it made me sad. Didn't wanna be one of those guys that spent his time talking about his glory days.

During those seven years, Bryson worked to the point that he's a Pan-American Bronze Medalist. And he knew something his opponents didn't - that as good as he was on the ground, he was even better on his feet. I knew that. My jaw knew that. Me? I stopped. Got fat. Settled down with a girlie.

The only place I'm still better than Bryson's with a sword. But even then, he's almost my match. We both know he's better than me, he's just too polite to ever say it. Some days, forget that I'm 35. Then my body reminds me. The last time I felt good about my right lead was in the mid-90s.

We spoke recently and he told me that he just got a similar injury. He finds out next week if he can roll again. I understood. Told him that he got seven years on me and he agreed. Small comfort, I know.

After we got off the phone, sat back and remembered when we weren't old men. Instead, we're in the muddy backyard of my college house. He'd swing on by, we'd laugh. Then we'd kunckle up and roll.

Man in Black: And what is that?
Inigo Montoya: I...am not left-handed.
Music: hope when I get old I don't sit around thinking about it
YASYCTAI: Look up an old friend. Cyberstalking's easy with Facebook et al (10 mins/1 pt)
www.loganlo.com