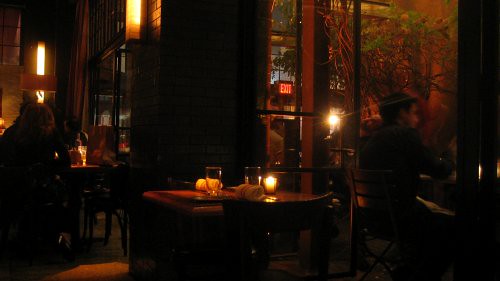 Her: Why do you always get so mad when I apologize?
Me: Cause you should only ever apologize for what you do, not who you are. You should never apologize for being what you are.
People used to believe in this thing called aether, which was an unseen gas that was supposed to envelop everything in the universe. No such thing but the literary concept of it still exists.

Heartgirl went on a date not that long ago and said the guy immediately apologized for being Indian. That irritated me so much.

I'm acutely aware of people apologizing for who they are. And when you put that out into the world, into the aether, it's hard to kill it. The moment you let out a breath of, I'm not good enough because of what I am, or I'm so XXXX, it's so very dangerous. Cause you can never be tall enough, thin enough, smart enough. And you are what you believe you are.

It's subtle isn't it? The idea that you're not worthy of your three feet of space in this world. Here's the thing, you gotta be. If you're not, the world'll roll right over you. Then again...

Her: I thought you said you weren't broken.
Me: Maybe I'm just bruised.
Her: That makes me sad.
Me: Don't be. It's why I have the rum.
PCD's...gone from this blog, per her request. But she said we'd stay in each other's Venn Diagrams. I hope that's true. Cause I could never tell if her eyes were grey or blue and would like to know.

I hear Caligirl's laughter my head - wondering for a second if she's right and I'm all just hot breath and lies. I gotta believe I'm not. Gotta.

Otherwise, I know the world'll roll right over me. So I gotta believe I'm not. I just gotta.

Music: sometimes a man must awake to find that really, he has no-one
www.loganlo.com