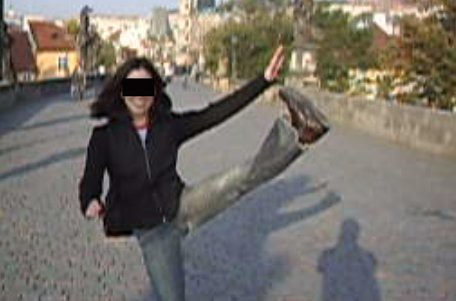 Him: (joking) No offense Logan, but if I were a hot chick, I'd wanna be with an I-banker or doctor. Why would she pick a guy like you?
Me: (laughing) Cause I may be broke, but I'm not broken.
About six years ago, a blondie lived in my building. She was broken. Bad job, bad relationships, etc. My roomie and I tried to be nice to her but she took that to mean something else. Before we knew it, we're ducking in and out of our own home. Took about a year, a lotta drama, the sheriffs and the courts to get her out.

Fast forward to this past weekend, to this old guy, who coincidentally took the same room as the blondie. He's certain everyone and everything is against him. Tried to be friendly with him with some recent issues with his apartment but drew the line when he turned to his Chinese wife (he's Caucasian) and said, "Talk to him in his native tongue." To which I said, "I'm an American, this is my native tongue" which really bothered him for some reason. Like he was gonna stab me, bothered him. So I bounced.

The next day he calls me a queer when the owner and I try to take pics of repairs to his room. Luckily, he's not just old, bitter and crazy, he's also racist and homophobic.

Y'know when they say about a whacked out young person, Oh he'll grow outta that? That's not true at all. Young, broken people grow up to be old, broken people. It's like a bullet going on a trajectory, a degree off center from the barrel means yards from the target down the line.

As an aside, y'might not think it's much, but I'm realizing that not being broken's a HUGE selling point as a single-guy in NYC. It's better to be an old 6 and not broken than a young 9 and broken - I should know.

And as an old guy, a word of advice: don't ever think you can fix a broken person. They gotta fix themselves. It's the only way. All you can do is avoid.

On a completely different point, met another gymnast this weekend. No 6, SX, BJE, and PCD, were all of that bendy ilk. Broken is quite uncool. Bendy, however, bendy's quite cool.