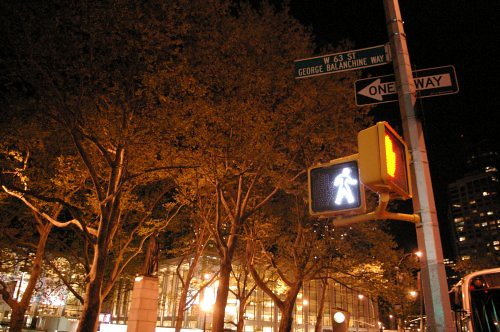 Me: You're supposed to look before you cross!
PCD: (pointing at cross sign) I trust in the system!
We watch the Olympic ceremonies on Friday and go for a walk in the park. Saturday, wrestle and get can-opened by a smiling girl. 16 tabs of ibuprofen later, I crash two parties...

Me: There are three types of people in the world. Single, sorta single and not single.
Her: See that's the problem in NY, everyone is sorta single. Which one're you?
Me: (thinking) Hard to say these days.
...almost get into two fights, but don't (not really, anywho)...

Me: Are you crying?
Her: No.
Me: Are you lying to me?
Her: (pause) Yes.
...and go to church with LisaV, before I hit up a rooftop party with WM and Paul. Later, meet up with someone for a late night chat.

I should trust in the system. But I'm so lost. I need a sign.

Music: I never meant the things I did
www.loganlo.com