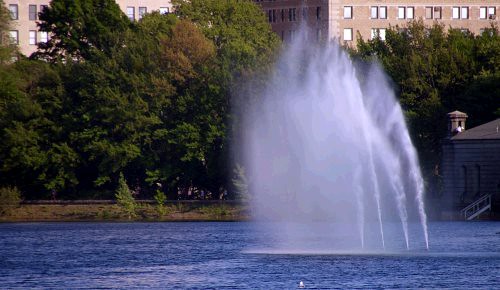 Sorry, those of you that read me know I'm pretty regular about my postings but this week's been...hard. Don't think I had one sober night this week. Heartgirl took me to a fine restaurant, PCD took me out and made me carrot cake, and BEG rang me. They're all such good people. It's funny who contacts you and who doesn't. Slept about four hours a night.

Told you before that A man’s dying is more the survivors’ affair than his own.

I think I'm fairly quick-witted. Rain's faster on the draw but I hold my own. S'what happens when you read as much as a nerd like me. But I dunno what to say to my own mother. Isn't that a kick in the head?

Sucks when you realize a particular talent you have's only good for entertainment purposes.

The irony of this whole thing is that my mom just came back from Taiwan two days before my grandma died. Now she's gotta go back.

Her: I didn't know she was gonna go. (pause) I woulda stayed if I knew.
Me: One of us (kids) should go back with you.
Her: No, it's useless. She's gone. You called her all the time. That meant a lot to her. (pause) You're a good kid.
She doesn't know that I stopped calling her after the theft cause I didn't want her to worry. Stupid. I thought we had time. Goddamit, I thought I had time. No one told me I wouldn't have any time.

Gonna add that to my list of ten thousand regrets.

Music: you wake up in it One fine day
www.loganlo.com