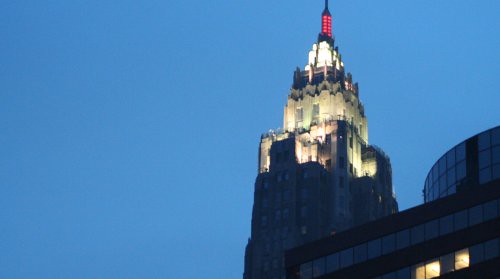 Me: Y'ever read Tale of Two Cities? Charles and Sydney look alike and both love Lucie. But Lucie loves Sydney. Sydney's arrested and about to be killed when Charles appears and takes Sydney's place. So Charles asks, why would you do that for me? And Sydney goes, I'm not doing it for you; I'm doing it for her.
Him: If I break up with her, it'll kill her.
Me: If you marry her cause you feel obligated to - that'd kill her. (pause) If you really do care about her, cut her loose. Then again, what do I know? Sometimes, you do the right thing and you hate yourself. Sometimes, you do the wrong thing and you hate yourself. After a while, you just get used to hating yourself. Hence, rum.
----------

Her: But I realize that there is something we have in common.
Me: And that is?
Her: (softly) Don't you see it? I'm seeing someone else. PCD's seeing other people, BEG's seeing someone, the accountant never wants to get married and Heartgirl's unavailable. You like the ladies you can't have. Cause it saves you from the messy things. From having to look someone in the eye and telling them that you're not the guy. (contemptuously) You're such a sad and pathetic person, Logan.
Me: (pause) You're in rare form today, Caligirl.
Her: I try, Logan. (pause) I saw that pretty blond at your birthday party and I knew you'd ____ it up. Just like you always do. You're terrible at your two rules. What are you looking for?
Me: Something I can't put inna words. What you're saying, has the ring of truth, but isn't true at all.
Her: I wonder if you really believe all the crap you say. (pause) I hope you get your heart broken. Into a million little _____ pieces. Put this conversation in your sad little blog.
Me: I'll take that under advisement.
Funny thing is, sometimes y'forget why, exactly, you hate yourself but you get so used it to doing it that you keep doing it.

There's only ever conversation, music and noise. It's hard - the trying to figure out which is which.