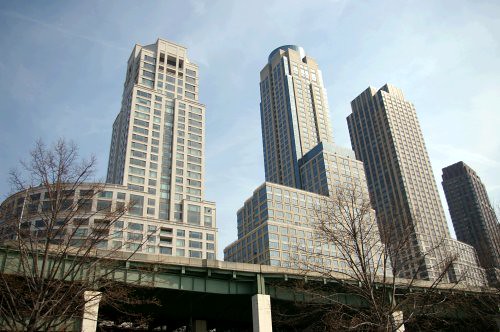 Spent part of the morning last week patching the roof on my building. Good thing I went to an ivy league. Got covered in tar; took me an hour to get it off before I had to run to a meeting. Musta smelled like a mechanic, which is not good considering I'm trying to land this client.

Speaking of clients, in About a Boy, Will had just enough scratch to pretty much stop working and just idly fill up his days. That was me for seven years. Not so much any more.

Me: OK, the account is locked. Don't put anything else into the account, otherwise, it'll trigger an audit by the bank, alright?
Client: Got it.
One week later
Me: (exasperated) The bank called and said you deposited $10,000. Do you remember our conversation?
Client: (puzzled) It's just $10,000.
Me: "Just $10,000?" How'm I gonna explain this? Stop putting money into the account!
Client: Got it.
This morning
Me: (almost screaming into phone) You took the $10,000 outta the @#$@# account?!?!
Client: You said it didn't look good if I put money in so I pulled it out.
Me: (slamming head repeatedly onto desk) Now we gotta explain how $10,000 magically came in and now left the account IN THREE DAYS! Where did it come from, where did it go?
Client: (angrily) You said don't put anything else in - I didn't! I took it out!
Me: (quietly sinking into chair) I see. Why do you...why do you hate me so?
----------

If you look closely at the pic, you'll see a faint contrail right above the first building. I remember taking it and wondering if they were coming or going.

Then again, I hardly know if I'm coming or going.

Music: baby I know we had a bad day and you are so mad at me
www.loganlo.com