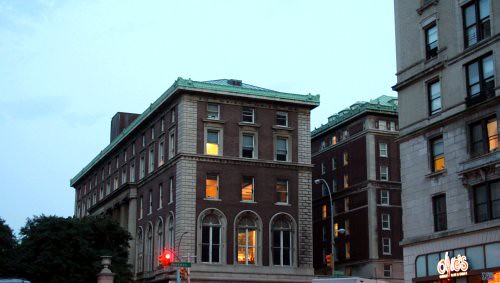 My college English teacher, Stewart O'Nan was a good fella and an amazing teacher. He once said to me, "Your stuff is good. Just...work on it." I still remember. His novel, Snow Angels was just made into a film with Kate Beckinsale. I was lucky, I think, because I had a string of really good English teachers people in my life.

Paul used to have a B-Team of friends that were fun but he learned that you should only have an A-Team because you only got so much time and energy.

Remember when I said that your friends are mirrors to yourself? If you've changed and your friends haven't, maybe it's time to start cutting. Or call the ones that matter.

I shoulda called Stewart. Had his digits - just never got around to it. He was a good guy. Probably won't remember me now.

But I remember him.

Thomas Mann once said that A man’s dying is more the survivors’ affair than his own.

Lynda was murdered ten years ago by a guy in my college circle of friends. My friends who knew her well never talk about it but it's always there.

She and I only met a few times so it was more consoling my friends than anything else. But I did want to write something - if only to confirm that what the reporter wrote was true. She was beautiful.

Yeah, call your friends that matter.