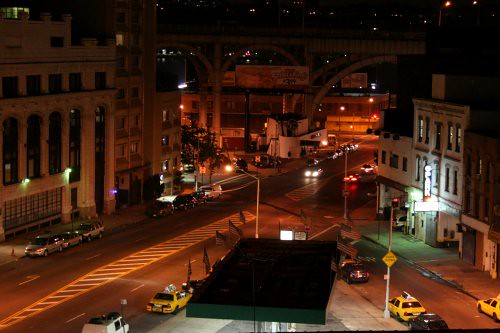 With nods to Jaerik and my friend who cares way too much.

I figure at least 20 people hate me in this world. One of them is this old hippie that yelled at me in Cooper Union while stumbling home for having my feet up on a public seat. My feet, I said, with a wink and a smile, are probably cleaner than most people's butts.

Ass___, she said. To which I shrugged and said, That's merely your opinion. And why should your opinion matter to me? You didn't even say hello.

Considering that there are 6,641,114,623 people in the world, the fact that 20 hate me, that's pretty good. In fact, I don't have a calculator that can compute such a tiny figure. Try it.

Whatever someone thinks of me is just their opinion. Someone's else's opinion should not control your life - it's a sucker's bet.

Frankly, it's none of my business what people think of me. It's none of your business either.

On a more personal scale, you'll drive yourself starkers caring what people think of you. I wasted my youth and my 20s tilting at those windmills. In this world, you can only ever change things about yourself.

The rest is just heartache or paper cuts.

Music: Love me or hate me, it's still an obsession.
www.loganlo.com