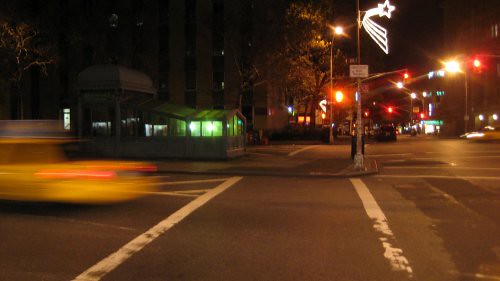 I almost accidentally killed myself this Christmas.

BUT it turns out my mom actually ran out of naproxen and put Tylenol into the naproxen bottle for reasons she doesn't remember. So I took 5000mg ((4+4+2)*500mg) of Tylenol within six hours - a potentially lethal dose. Luckily, my brother realized this before I took any more.

Man, I'm my own worst enemy.

Fiona and I aren't right for each other. It's not her fault - as usual, it's mostly me. My hands shake so much that I'm only able to use about 10% of my night shots. She's already gone.

I need another camera with an anti-shake feature like this, but fast. The pictures I take remind me that the things I write about really happened.

I'm watching The War with my father and brother. Crazy isn't it? To see how close we are to angels and animals at the same time. I forgot to breathe more than a few times.

Dunno why, but I find it appropriate for the holidays.

Music: always in a fight cuz I can't do nothin right
www.loganlo.com