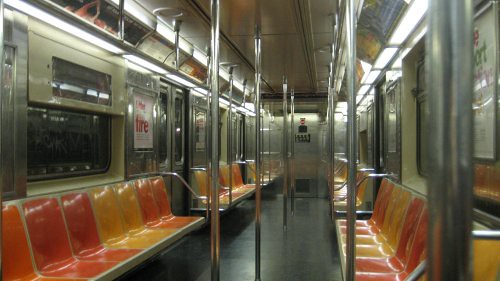 The subway's never empty. Unless you're an insomniac. Then they're empty a hellva lot.

I thought about some of the people I've met recently and in the not-so-distant past. For some strange reason, I also thought of a girl I dated once. It's the fall.

Part of the reason I think I liked her was because she said that every person that ever went out with her treated her like crap (I'm weird like that). When she told me that, I thought of Eponine from Les Mis.

The book's a little different from the musical. In the book, there's this one scene where she's tossed a stale piece of bread. Starving, she pounces on it like a crazed animal. The hard bread hurts her teeth but she says that she knows the bread is good because it's hard.

See, Eponine has no concept that there's such a thing as bread that's not rotten and not hard. It's all she knows.

I tried to treat the ex nicely - never did find out if she she thought I did. Random, right?

As for me, well, my friends think I'm lucky because so many people enter and exit my Venn Diagram.

Music: through the clouds Memories come rushing up to meet me now
www.loganlo.com