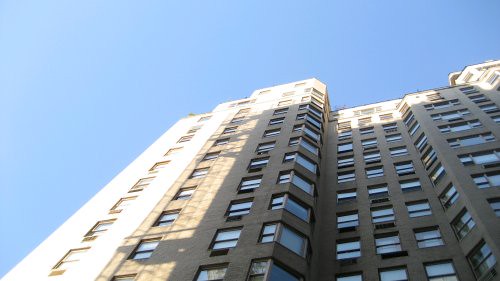 Well, that sounds about right.

I had to go onto the roof to fix a broken piece of glass (long story) on Sunday so I put on my winter jacket and made my way up.

Soon, I'm standing on my rooftop looking around the city. It's early yet and cold so most of the city's still inside. The wind's blowing like mad and I'm slightly scared as there's no railing. But as I start to work, I think about the weekend.

One minute, I'm in meetings with banks trying to hustle scratch for my business. Then I'm negotiating percentages in Chinese wearing my best tie (with a girlie secretly printed on the back of it) on a Saturday. Then I'm speaking German to a waitress in SoHo while explaining to a tall blond what an Alsterwasser/Radler is. Then I'm telling a girl in Ray's Pizza @ St. Marks that I'm not 24. Then I'm watching a chick hang upside down in a train. Then, six hours later, I'm on a roof trying to fix a window and not get blown off.

Later that night, I'm in church (where I bumped Gshok again), and I run into a girl I met a while back but never mentioned and I came this close to asking for her number - couldn't do it though.

Anyway, I'm on this roof and I'm thinking, well, at least you're not bored.

Yep. Boredom? That I ain't got.

Music: Living life too close to the edge hoping that I know the ledge
www.loganlo.com