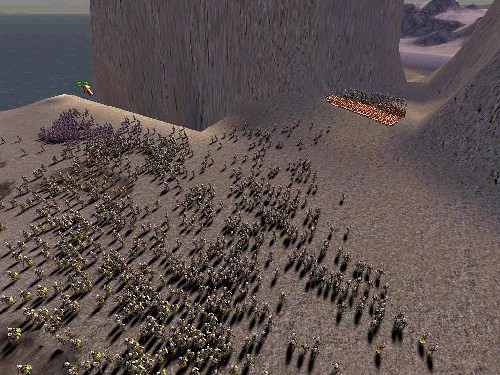 At The Battle of Thermopylae, the Spartans arranged it so that, despite being vastly outnumbered, they only had to deal with the soldier directly in front of them. One at a time. The thousands of soldiers behind them just didn't exist. Only the one in front of them.

Just one massive, career-ending, financially-destructive catastrophe at a time, please.

One at a time.

Music: you must be real far gone; you're relating to a psychopath
http://www.loganlo.com/