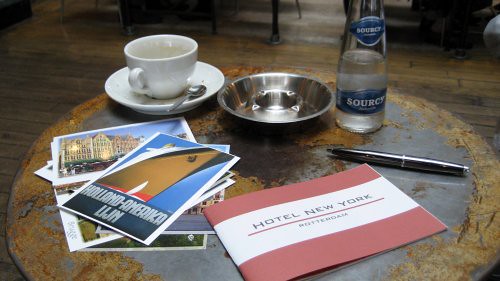 So it appears that none of the postcards I sent was received by the people to whom I sent it. I honestly wrote everyone that sent me an address.

I then gave them all to the two clerks at the Hotel New York in Rotterdam and had them mail it - they ran my Amex.

When I'm in a better place, I'll ask you to resend me your addys and I'll send you an NYC postcard.

I was locked outta my apartment for four hours yesterday, which was just plain awful. However, I did see GES yesterday for a 45-minute coffeebreak.

That was rather nice.