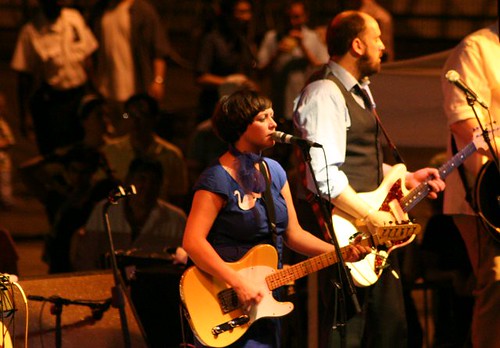 Camera Obscura - the drummer was smoking like a chimney.

Baltimore was nice. Coming home was nicer. This time around, there was silverware. Sorta.

I was in the Baltimore Penn Station and I remembered being there a year ago asking my brother what I should do when I got home. He reminded me of something:

You're 33. How can someone that you've been with for four years define you? What'd you do before her?

I told him the same thing once before.

I'm troubled again, but this time, for totally different reasons.

I was going to make a peanut butter and marmalade sandwich but instead had a rendezvous with a single-barrel, seven-year rum. No oranges.

This week is going to be very unpleasant but I just told someone here that life has it's highs and lows. Life's like that.

I'm ready for some more highs.