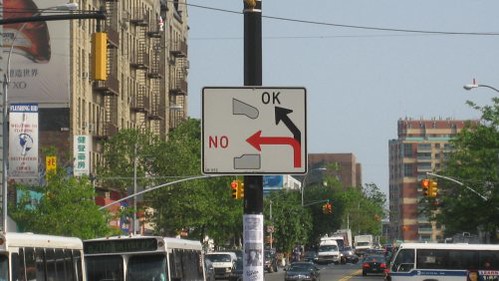 One day Alice came to a fork in the road and saw a Cheshire cat in a tree.
"Which road do I take?" she asked.
"Where do you want to go?" was his response.
"I don't know," Alice answered.
"Then," said the cat, "it doesn't matter."
I had quite the weekend because of the show but that's tomorrow's entry.

So I considered locking this blog and or not writing anymore, but then again, rum and women notwithstanding, I live a fairly boring life.

I decided to continue writing as usual. I pretty much made all my choices and so much of my life is out there already. It's like putting toothpaste back into a tube. Anyway, writing is for public consumption. Anything else, and you're just a nutcase with a notebook. Here're my thoughts:
While I'm writing about the show tomorrow, I gotta mention that Furison came and said that I was absurdly hot. This brings the total number of times, I've been called that to...1. She said other nice things about 72nd to Canal but, let's be honest, I only saw absurdly hot and eye-candy mainstay.

Her comments on my pictures do shed light to this blog entry; oh well, it's still not a bad way to start the week.

Not a bad way at all.

*Coincidentally, I just had a woman from my past visit me - I guess I'll have write about that later too.
Music: the finish line's a good place we could start
www.loganlo.com