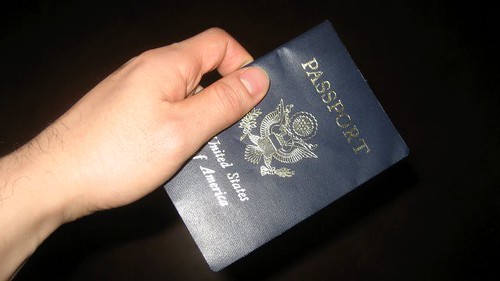 I just found out that BJE reads my journal. Interesting.

As an aside, if you Google Blue Jean Eyes my entry is on the first page. Interesting as well.

BJE also told me that she's already signed up for a dating website looking for a Jewish, vegetarian version of me. Also...interesting.

I don't believe those options are available on my particular make/model. Odd comes standard, though.

A lot of women from my past seem to be popping up in my life lately. I miss some aspect of all of them, I think. Europegirl is now UKgirl, French-Koreangirl is happily occupied and No. 6 is...still No. 6.

I've been thinking of my conversation with the blue-eyed Lawyergirl but that's for later.

In the meanwhile, I've been looking at my passport like a guy looks at a pic of his chick.

I'm heading to SFO in May (I lost my place to crash so if you've got a couch in SF in May, drop me a line: logan607 at hotmail). Some friends are going to Montreal and I just got an invitation to Las Vegas in June.

Outside it's cloudy in New York, but in my head, it's sunny elsewhere.