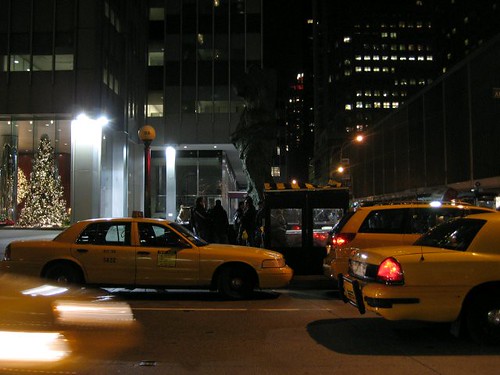 My hands are shaking again.

The only drug that I know that works to knock me out causes a rare but nasty side effect called tardive dyskinesia, which basically results in a funny twitch or tic in the face. It's permanent, no cure. Yeah, like I need to be any weirder.

Ergo, I avoid taking it until I truly need to catch up on sleep. On a related note, as I've gotten older, I do more and more odd tics with my hands. Basically, I talk a lot with my hands.

I must look ridiculous on my mobile.

My friends make fun of me. I think they think I do it to be dramatic. Maybe I do, a little. But you ever jump up and down when you're a kid because you're so excited about something? Nervous energy. That's me. My hands tingle and I can't keep them still. Like an itch. Now that I drink, it's far more pronounced.

So I'm on day two of little sleep. I suppose tomorrow I'll have to give in because I'm seeing the girl with the blue jean eyes again.

A good friend told me that the secret to relationships is to find someone with baggage that matches yours. She spent 25+ years being her; I spent 30+ years being me. It's hard to bang two fully formed adults together to something homogenous. But I guess people do it all the time.

I don't know how but they do.

There's a lot going against us, me and BJ eyes. She's got her baggage; I've got mine. But I told her that I would honest with her if she would do the same for me.

I'll take honesty and those eyes any day of the week.

3:22:43 AM
Music: every time I try to make it right it all comes down on me
www.loganlo.com