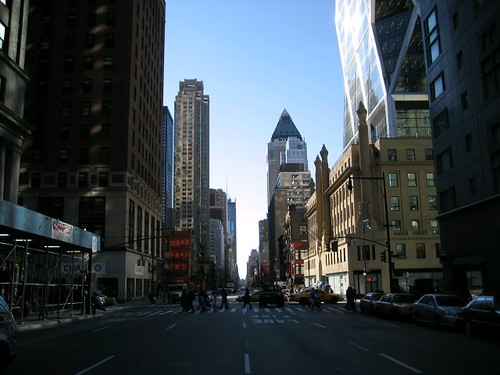 I've had time to digest what happened over New Year's Eve. Overall, it was great.

There were some moments I could have lived without but that's pretty much my life.

I went to my fencing class tonight and actually got clocked because I was thinking about it. Not fun.

(Well for me, anywho; the guy that hit me thought it was hilarious).

Tonight, I spoke with a girl I just met. She's potentially going through a breakup too. That makes 11 that I know of in as many weeks. It's gotta be something in the air. Or maybe relationships are just hard.

Someone once said to me that it's better to be the star of your own movie than have a cameo in someone else's.

She was totally right about that.

It's funny because Kirk's never been in a long-term relationship and wants to be in one; I've never been alone and want to try it out. But it's not easy because it's just nice to have someone to think about about in my quiet moments.

Oh, bother, bother - let's just be honest with each other.
I probably already think of you, you just don't know it, or I don't show it.
But I've tricked you, you see;
It's quiet now,
And I made you think of me.

Music: You know that I'm falling and I don't know what to say
www.loganlo.com