That the North Americans speak English 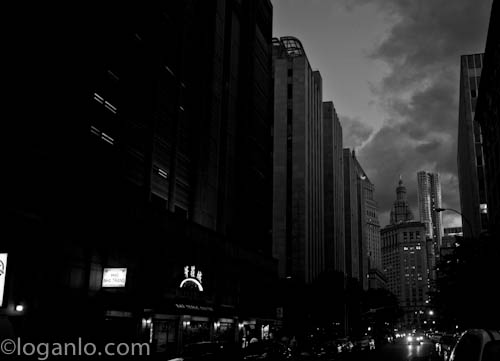 Him: I'm unemployed and live at home again. How's this good?
Me: You have a college education, speak English, live in New York City, and were lucky enough to be born here. (gently) You're doing better than mosta the world.

A quote that's stayed with me my entire life's from Otto von Bismark towards the end of his life. He was asked what he felt would be the most significant shaping event of the 20th century.

Rather than replying that it would be electricity, or firepower, or any of that, he said simply, That the North Americans speak English.

Speakinga which, there's this interesting theory that parta why English, not French, is the world's dominant language is causea barnacles on ships. See, the English plated the hulls of their ships with copper, which stopped barnacles from growing. This meant they could move just slightly faster than French ships that had none.

The French lost control of the seas, England became the a superpower by the 19th century, and I'm more Bugs Bunny than Pepe le Pew.

A fella recently asked me how I get so much done in my life. Thought immediately about the barnacle story. Cause big things happen with slight changes in trajectory. What's a small change today can make a huge difference later on.

As a fat 13 year-old, decided to drink a cuppa water before each meal. A slight change. Lost like 10 pounds that year. Then changed over to skim milk, lost another few pounds. Always tell people that I look young causea a combo of Asian genes and constant maintenance.

Anywho, back to my friend. He wants to know how to get things done. Told him that it's all about fighting the inertia. He's super talented but he's held hostage by the fact he's good enough. And good enough is enemy of great.

There's no one huge leap from good enough to great, just lotsa little steps - your assignment, should you choose to accept it, is to take those little steps.

On that note, it's a busy week for me. Nuthin big. Just lotsa little things. Let's see what happens.


Music: thinking about the good things to come and I believe it could be
YASYCTAI: Do one small thing today. (2 mins/0.5 pts)