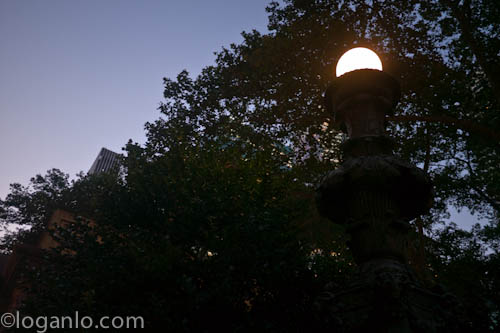 Me: Niggardly is a Scottish word meaning "cheap."
Him: Nope, it's Scandinavian. (gets dictionary)
Me: Dammit! I hate being wrong...

The weather's been great in the city since Irene. Calm, cool, dry - it actually feels a lot more like early fall than anything else. Suppose I should enjoy it.

No time to do that today, though. Gotta be in court - although this time it's not for me but a client. When it comes to court cases and clients, I usually play a supporting role behind the scenes. This time, though, sitting front and center. For a guy that doesn't litigate, this's always interesting.

Dunno how people get anything done in hot climates; always feel lethargic and slow in the summertime. But the second it feels like fall, it's like the year's begun.

Like to teach myself something every year. Twain said that we are all stupid, just on different subjects. That's true - I hate not knowing something.

Dunno if I told you but this year, I decided to learn calculus. No real reason except I never did. Got through some into stuff - which was actually fairly interesting - then I thought I should do something a bit more practical so I turned back doing some tech studies.

Funny isn't it? The whole time I was in school, dreamed of being outta it. Now that I'm outta it, dream of being in it (especially in the fall). It's the human condition to blunt the sharp points of our memories.

Enough armchair philosophy, got an important date with an adult in a robe.

Ed note: Niggardly is completely unrelated to the racial slur, which it sounds like - the pejorative comes from Spanish/Portuguese noun negro.


Music: hell ya blew trial and tha judge gave you 25 with an L
YASYCTAI: What are you learning this year? (two semesters/1.5 pts)