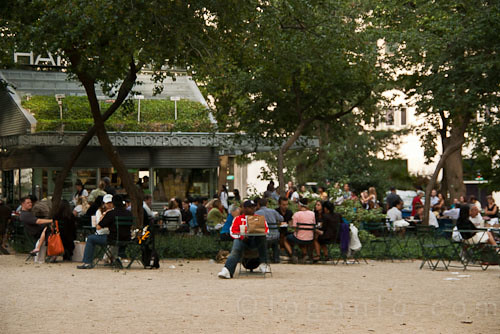 Me: Suppose you're hiding $1,000 in your shoe. You know it's there, no one else knows it's there. Now, how would you - knowing this information - treat that shoe? Now how would I? Just cause it doesn't matter to you, doesn't mean it doesn't matter.
Him: Ah, that makes sense now.

So my presentation went pretty well; they asked me to come on again, which is always a good sign. Been thinking about doing more public speaking at some point soon - just need to find more topics to talk about. You'll be kept in the loop, as always.

In other news, finally caught up on sleep. It's been good lately in the sense that when I do have my bouts of insomnia, they're relatively short - 2-3 days versus 3-8 days. Still, it's unfun. Would prefer that portion of my life to be gone with entirely.

My newly single buddy dropped by for a spell last night. He's been out and about as he's dealing with his awful things. He's meeting people just randomly and some of them have significant others, who are decidedly not happy about it all.

On this point, he's not interested in these women and doesn't understand why these guys're getting so upset. Told him that the way he saw the world's really only just his opinion of the world.

Been getting into a lot of arguments with people lately. Find it interesting that there are some people that will continually hammer at the issue at hand; that's fine - feel I've learned a lot from these exchanges and I value knowledge above all else.

There're others that immediately launch into explicative-filled, ad hominem attacks ("you @#$@$ @#$@#$!"), which only closes me off to their arguments.

Worse, long after they've forgotten it, I remember it. That'll never lead to a good thing.

Speaking of arguments, there's an accountant for a business I work with that argues with me constantly over everything. She called me and asked me for help. Found this odd cause we're always yelling at each other. She's taking the bar exam this summer - she had gone to law school years ago and this was the year. She thought she couldn't pass it so here I am with this woman that's caused me nuthin but misery for the past two years. For a second, wanted to tell her that she'd never pass and to go to hell. But that whole grace and mercy thing popped into my head and I took a seat.

Music: My peace and quiet was stolen from me When I was looking with calm affection
YASYCTAI: Try arguing the issues rather than attacking the person. (10 mins/1 pt)

Tags: arguing, dating, insomnia, out and about, random meetings
Subscribe