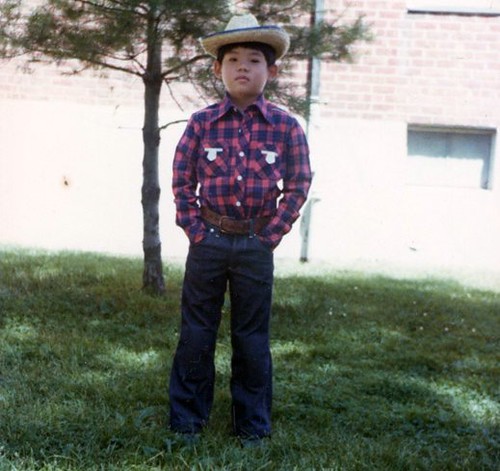 I've been stuck here for a bit. Don't ask. But it reminds me of something from a while ago.

One of my closest friends in college was a guy named Crawford who was a god at meeting women - he was (a) good-looking, (b) charming and (c) shameless. We had a blast for two years.

He told me a story once. He said that real cowboys were hired, maybe five to eight at a time, in one state to drive cattle to the other end of the country. This bunch of guys was thrown together for months at a time and, during this time, they were each other's friends, doctors, entertainers, cooks and guardian angels. They needed to keep each other sane and safe to get the job done.

And once the job was done, they separated. No emails, faxes, phone calls, letters. Just onto the next job.

The question Crawford posed to me was: were they truly friends? Is there such thing as friendship when there's a finite ending?

What about when two lovers separate - was there any love really there?

My answer all is yes.

I take solace in that.

At some point, these people I loved, once loved me. It's sad when relationships end but goodbyes are always sad.

Crawford and I both moved here to the big city. We met up once but then I never saw him again.

He was a good friend.

Music: Its such a shame, Always ends the same
www.loganlo.com