The Debt and the Deuce 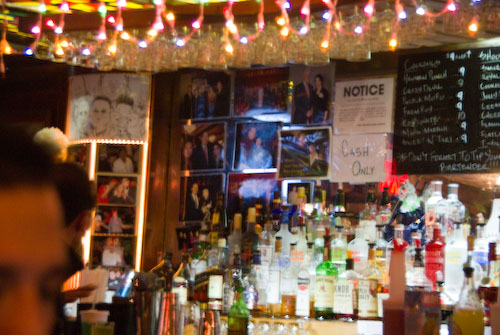 Me: Man, I'm lit. Think we each had a pitchera beer and three glassesa rum.
Him: (nodding) Did I do the right thing?
Me: Y'know, whether or not you believe in the Bible, the concept's relevant here. Say y'owe me a thousand bucks. And I tell you the debt's forgiven. But you show up one day showing off your iPhone. Even if I don't wanna, I'm thinking, This #@#$@ owes me one grand. How does he have money to buy an iPhone? And if I invite y'out to eat, you're thinking, Ah, I don't wanna, he's just trying to rub it in my face that I don't got no dough. Even if I'm not.
Him: (nodding) So I did the right thing.
Me: (sighing) She broke the trust pact. Let's say she worked late one night - even if she was being honest, you'd think, Is she really working late, or is something else going on? Y'did the right thing - for botha you. It's why I left my girl. Not just for me but for her too.
Him: Still hard though.
Me: Not say'n it isn't. Just saying that someone's gotta pay the debt, man. Sucks it's you, but there y'go. (laughing) Look, when I broke up with my ex, my buddy Rick swapped out her number with his own just in case I caved and called her. Want me to do the same?
Him: (grinning) Maybe.
Most times, it's best to throw the deuce, say Peace out, and cut it deep, cut it quick, and cut it clean.

Cause it's better to be the star of your own movie, than have a cameo in someone else's.