...then back to cleaning the cellar 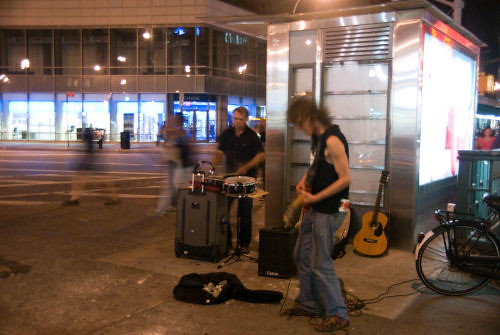 Her: We have leftovers. Do you want some?
Me: Yeah. I sorta do.

Someone asked what to do in the city when you're visiting. Won't give you advice. But I'll just be more descriptive this week about my haunts, ok?
Spent the weekend trying to clean out my cellar and not be sick. Fail on both counts.

Lived in my same apartment for over a decade. Put it this way, 10+ of the women I dated last year were 11 years old when I moved in.

Managed to cut out one night to meet up with my brother, WM and Paul at a bar downtown where I ran into Sckim. Stumbled over to Heartgirl's later on that night. Then back to cleaning the cellar.

Next nights, saw them all again for dinner at John's Pizza. Best pizza in the city that you can get a in former cathedral off Times Square. Best. Then back to cleaning the cellar.

Next night, duck out to stop by Paul's. Although I had a full dinner, they had Thai leftovers that smelled great, so I inhaled those too. Afterward, went to Solas, my regular hangout. Then back to cleaning the cellar.

Didn't have time to see my mom for mother's day but did see my brother before he left. We walked past a street fair with Paul to St. Marks for some 2 Brothers Pizza, which is the best tasty pizza in the city for $1 a slice. Because it's so cheap, the stuff is amazingly fresh. Five minutes after a pie is out, it's sliced up and consumed.

We also went to Mamouns for a falafel. Then we went to BBQ Chicken for some chicken and fries. Then we went back to 2 Brother's Pizza for more pizza. All within 30 minutes.

75% of the meals my bro eats when he visits is pizza cause the pizza in Cali's not the same.

He's probably landing in LA right about now. Me? Just spilled some rum all over my desk. Suppose I should clean that up.

Then back to cleaning the cellar. 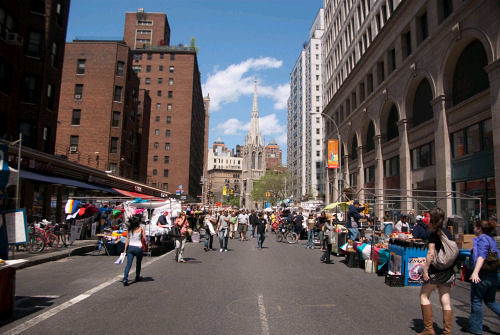 Music: breathe some life into me
YASYCTAI: Clean out the storage area. Who knows what you'll find? (days/2 pts)
www.loganlo.com