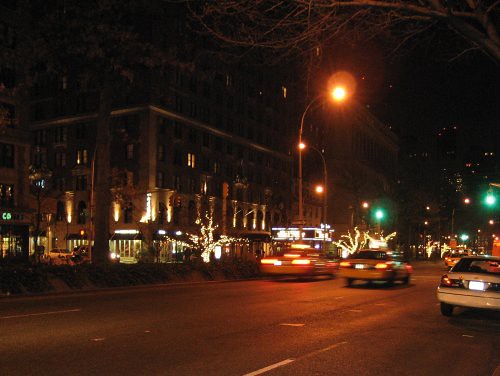 I humbly submit that the poets are wrong when they say that the sweetest words are, "I love you."

The way we use it these days ("I love that place;" "I love that show;" etc) cheapens it a lot.

December 2006 has been a horrid month for several friends of mine - some suffered the worst shock one can get, others had lesser shocks that still brought them to their knees. Five days ago, I got a call from a girl I only met once who said that she found out her boyfriend cheated on her. I got the call only because I was close by but I'm ok with that.

Four days ago, I got a call from a very close friend of mine who told me his mother passed away.

The time from Thanksgiving to New Year's Day is usually the best time of year for me. The best time. It's so sad.

When my breakup happened, I called my brother, my sister and my friend Tommy.

I'm surprisingly toungue-tied at times where people's hearts eat them up from the inside out. I think I'm at my best when I keep it simple and say what my brother, sister and Tommy said in one way or another:

Now I submit that those words...those words will make a grown man cry.