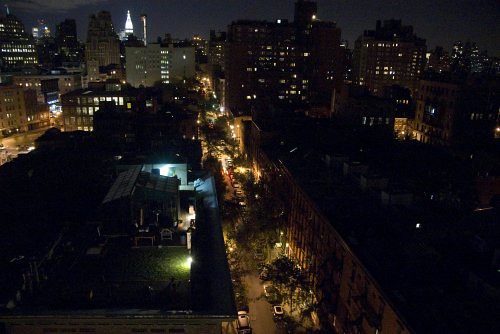 Colin: American girls would seriously dig me with my cute British accent.
Tony: You don't have a cute British accent.
Colin: Yes I do! I'm going to America!
Tony: Colin, you're a lonely, ugly, _____. You must accept it.
--- Love Actually
If you're reading this, I'm guessing you've got running water. And, despite the countless articles that note that tap water's probably cleaner and better for the environment than bottled water, you've probably got somea that too. Little more than half the world has tap water.

While we're on the topic of the world, the axiom's that 1% of the world has a college education. Dunno if that's true (in the US, it's about 27%). And you probably got a mobile phone, a fridge, and a tv. Hold that thought.

On a distantly related note, I got ill, viscerally ill, hearing about the 13-year old girl in Somlia that was recently raped by five-men. And cause she reported the incident, she was buried alive up to her head in a stadium of 1,000 men per Islamic law. She screamed for her life as she was slowly stoned to death. They dug her up when they thought she was dead. But she lived. So they finished her with more rocks.

As if that wasn't ______up enough, an eight year-old boy that tried to save her was shot to death. The kicker's that the men that raped her were not arrested.

Lemme get to the point: the world is horribly, ridiculously unfair. You'd agree with me, yeah?

But - and hear me out - I submit that the world is ridiculously unfair in our favor. Can't speak for you so lemme talk about me:
That's all just in the last two years.

This isn't so you can save the world, though that'd be nice. Rather - and I know this sounds strange coming from a barely sober nobody holding a tumbler fulla rum as I write this - it's to save yourself.

Cause I read/know somea you. And I hear how angry and sad some (not all) of you are and, just cause you read me, figured I'd pay somea it back this way.

Don't accept when people tell you that everything sucks. They're lying to you. Things suck, yeah, but you don't gotta accept it.

Andy Warhol once said that They always say time changes things, but you actually have to change them yourself. That sounds about right.

And I'm not saying don't stuff yourself silly over the holiday, and enjoy it. I know I will. Quite the opposite; enjoy it more knowing that you're among the lucky. The blessed. Your dumb luck. Said it before, God gave me everything. The thing is that I know it. And that's why I'm not broken.

After you've had your holiday, try and make it a little less unfair. Ideally, yeah, do it cause the world's broken and you got a moral obligation to pay somea the extra you were given back. But if not for nothing else, if for no one else, do it for yourself - to make yourself a little less broken.

Cause, maybe if you do that, you can see things for what they can be.

Colin: Never. I am Colin. God of sex. I'm just on the wrong continent, that's all.
Music: anything is possible
YASYCTAI: Somehow return of that luck you have to the aether. (Lifetime / 4 pts - 5 if you let us know what you did)
www.loganlo.com