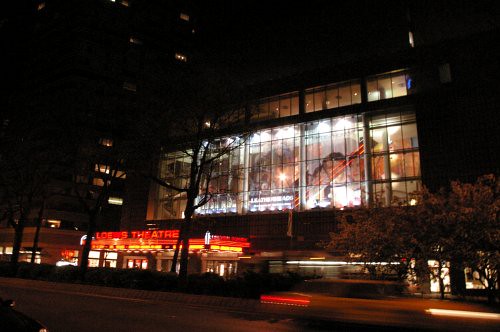 Her: I don't wanna be on that list, Logan. That list of girls you run into and it's awkward and strange and then you turn and say, We had a thing and it didn't work out. (pause) And you've quite a list...
Been busy and mixed up. Insomnia. Part of it's cause I realized two years ago today, No 6 moved out. And it's like I feel so sorry for the "me of back then" cause he was so hoping to follow through with his beautiful plans. But he's not me. Dunno if that makes sense.

I've broken up with more people in the last two weeks than most people date all year. And it's heart-wrenching. I'd much rather be the dumpee than the dumper. Much.

Lemme clarify a recent post:
Realized that I was making time and killing time with mosta them and that's not fair to them or to me. I'm many things but cruel isn't one of them. There was one, though, that notable in something she said:

Me: You ok?
Her: (sarcastically) Please, Logan. I don't know you enough to care enough. But (pause) it's just, if you weren't going to give me a real shot, why'd you even bother? And don't be so charming. (turning away) It's not right for you to be so ____ charming and not give me a chance.
The other part's cause two people that've told me that they were killing time now want to spend time. One can't screw up something that's bound to end, ergo, I can be coldly dispassionate in these matters.

Music: I look around my life tonight and you are gone
www.loganlo.com