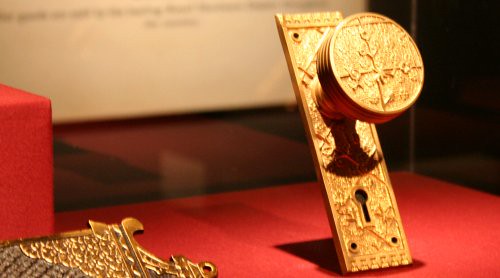 Went home last night because mom wanted to talk. She told me stories I already know but wanted to hear again, mainly because they're so hard to believe.

Like how your mom sold you for seven dollars when you were three because she had no money. And that when you heard your mom died three years later, you ran away to change her clothes because you didn't want her to be dressed in rags.

I think when I was six, all I wanted in life was more food. I'm 35 now and I still think of food way too much. Well, you remember how fat I was...

Mom cried again when she got to the part where you came back and they beat you. She said you didn't deserve such a hard life. No one does.

But you were tough. Mom's tough like you. She thinks I get my temper from you, which, by the way, I'm working on. I told her it was probably more from my lack of sleep. Speaking of sleep, I thought of a line that goes: We are such stuff As dreams are made on, and our little life Is rounded with a sleep. But I digress...

I do think that I got my eyes from you. Oh, and Aki and I have this weird talent I think we get from you too; mom says that if you ever saw anyone knit something, you could recreate it. Well, Aki can play any song he hears on the piano and I can do something similar with a sword - which is admittedly pretty useless but is good cocktail conversation.

Been meaning to say I'm sorry - again. That I broke my promise to you. It keeps me up at night, the regret. It eats me. As does the fact I couldn't go to say goodbye. Yours was the only promise I've broken in years, I think. I had a really good reason - I'll tell you about it some time.

Mom says that your funeral was packed - even your real father's entire family came. Because you loved them even though there was no reason for you to. I meet a lot of wealthy people here in the big city but they're all labels and show. I know it's wrong, but I feel it's somehow cosmic justice that you ended up more successful than all of them.

You know, mom made the right choice coming here, she really did. The best thing about this corner of the world is that no one ever asks what we come from, only where we're going. But I don't forget what I came from. Who I came from. In fact, I don't forget anything.

I guess the main thing is that I wanted you to know that your oldest daughter's safe. You can rest because mom's safe. We're all safe.

You would have been 87 today. I pray that you get the grace and mercy in the next life that you didn't get in this one. Happy birthday.

Music: All your grief At last, at last behind you
www.loganlo.com